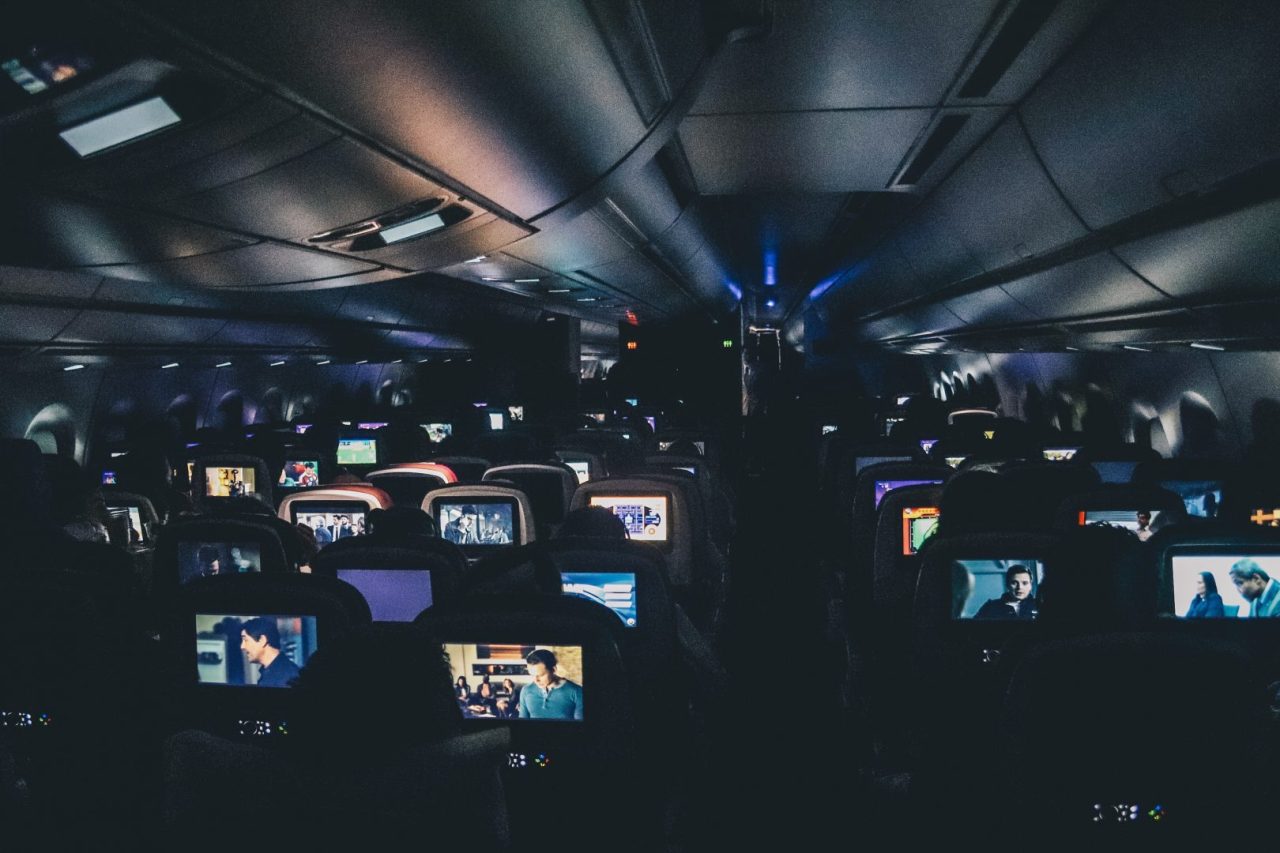 When cold weather hits, it’s the perfect time to grab your favorite blanket and a snack for a long movie binge!

We know you love to travel and watching a travel movie is the closest thing to traveling you can do. We’ve done the research to show you the 25 best travel movies and films of all time that are worth your time. And don’t worry – most of these travel movies are available to rent from the comfort of your couch via Amazon Prime or Netflix! 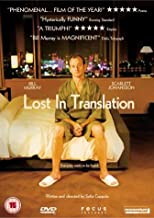 Explore Japan through the eyes of two Americans visiting Tokyo. Starring Bill Murray and Scarlett Johansson, this dramatic comedy puts a light-hearted twist on the difficulties of traveling in a new country, from culture shock to language gaps. 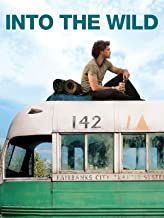 Immerse yourself in a true story of adventure based on the fantastic hitchhiking journey of Christopher McCandless. After graduating from Emory University, Christopher leaves everything behind to live in the Alaskan wilderness. This movie follows his expedition, his personal growth, and the people he met along the way. 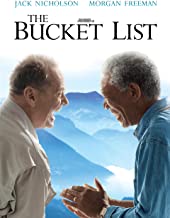 The Bucket List will have you laughing, crying, and—ultimately—living through the adventures of two terminally-ill men who escape from the hospital to complete their bucket lists. Starring Jack Nicholson and Morgan Freeman, this movie is a fantastic reminder to live life to the fullest! 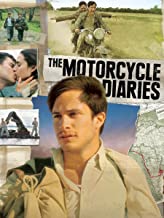 Based on the memoirs of Latin American revolutionary Che Guevara, this travel film follows Che and his friend Alberto as they ride across South America in an 8-month motorcycle journey. 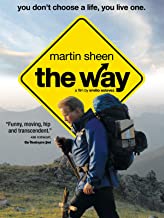 If you’re in the mood for an emotional and physical journey, The Way has you covered. This inspiring story is about a man whose son died while trekking the Camino de Santiago trail in the Pyrenees. When the father arrives in Spain, he decides to complete the trail himself to honor his son. 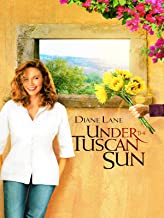 6. Under the Tuscan Sun

Hop over to Italy and join an impulsive writer who drops everything to move to Tuscany and explore the Amalfi Coast. This light-hearted rom-com shows some of Italy’s most idyllic locales and just how far an adventurous spirit can take you.

7. The Secret Life of Walter Mitty

While it’s undoubtedly a fantastical adventure, Walter Mitty’s global trek is all about ordinary people taking risks and seeing amazing things happen. Besides being inspired, you’ll also get to see beautiful landscapes in Iceland and Greenland! 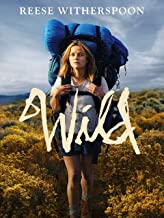 One woman, 1,100 miles, one inspiring story. Wild tells the true story of Cheryl Strayed, who hikes the Pacific Crest Trail alone after losing her mother. Her long and arduous journey helps her find herself and peace. 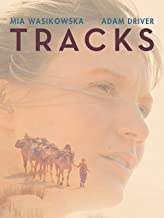 Another inspiring solo-female travel journey, Tracks follows Robyn Davidson across Western Australia. With only her dog and four camels for companions, Robyn’s 1700-mile trek is one you can’t help but admire! 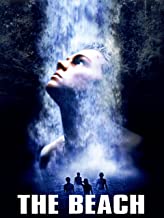 Leonardo di Caprio and Thailand? Two thumbs up! The Beach gives you plenty of both in this story about a young backpacker who travels to Thailand looking for an isolated slice of paradise.

Sometimes, all you need is a fresh start. Join Verona and Burt as they travel the U.S. searching for the perfect place to raise their child while navigating relatives and a series of misadventures. 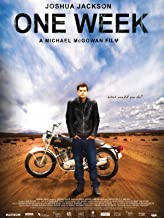 This short travel film follows Ben Tyler, a school teacher, who rides his motorcycle from Toronto to Tofino, British Columbia. As he searches for meaning in life, his journey takes him to many of B.C.’s most iconic landmarks on the ultimate Canadian road trip. 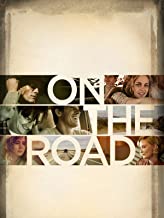 Based on the novel by Jack Kerouac, On the Road shares the journey of Sal Paradise, a writer whose life is forever changed when he meets the adventurous Dean and Marylou. Together, the three travel across the country on an unforgettable trip. 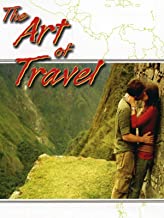 After calling off his wedding, Conner Layne decides to take his honeymoon to Central America alone. Featuring lush rainforests and plenty of adventure, this movie will have you on the edge of your seat as Connor and his new friends rush to cross the Darien Gap.

Comedy and adventure collide in this hilarious tale of three brothers traveling across India in hopes of bonding with each other. Aside from some laughs, you’ll also get great cinematography of the Himalayas and temples in Jodhpur. 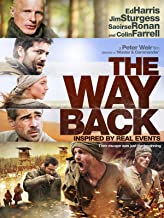 Another travel movie inspired by actual events, The Way Back depicts the nerve-wracking tale of seven prisoners attempting to escape from a Siberian prison camp. Together, the men must travel 4500 miles across Siberia to reach safety in India. 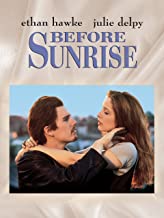 Romance, adventure, and impulsivity collide in this whimsical story of two strangers spending a night together in Vienna. With only one night at their disposal, the couple explores the greatest sights in town while simultaneously falling in love. 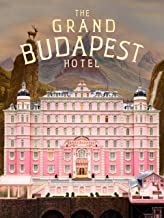 While the setting for the Grand Budapest Hotel isn’t technically real, the beauty and story of this movie shouldn’t be overlooked! You’ll love the quirky tale of this lobby boy-turned-owner, as well as the beautiful scenes shot in real-life Saxony and Dresden. 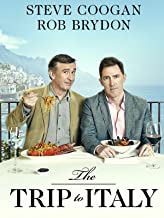 Take a tour to Italy along with Steve and Bob in this delicious comedy. These two men travel across the country, stopping in cities like Tuscany, Rome, and Capri to sample world-class restaurants and stay in beautiful hotels. At the same time, they’re probably building your Italy bucket list! 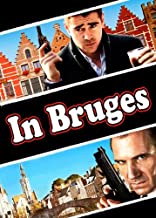 Discover Belgium’s best fairy-tale town in this dark comedy with a fantastical setting. As two hitmen hide out in Bruges after a botched job, their escapades will take you on the perfect cinematic tour of this beautiful and historic city. 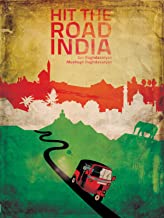 This fun and unique documentary follows the story of two friends who cross India in 12 days via rickshaw! Their incredible adventure takes them from Mumbai to Chennai and past many of India’s most amazing sights. 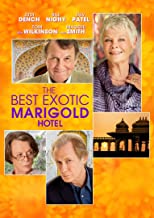 Looking for a feel-good movie with some great scenery? This is it! This light-hearted story is about a group of British retirees headed to India for a luxurious holiday. But when they arrive, their hotel is much less lush than they expect. Together, they have to find the good in the situation and the people they’re with. 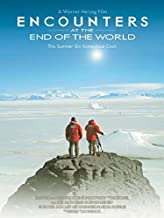 23. Encounters at the End of the World

Is Antarctica on your bucket list? It’s about to be! This fun and gorgeous travel documentary explores the people and animals who live in this isolated yet beautiful part of the world. 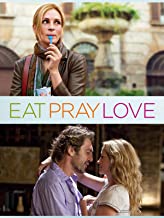 Explore Bali, India, and Italy through the eyes of Elizabeth Gilbert, a recently-divorced woman set on finding herself. Through her journey, she discovers the world and what true happiness looks like for her. 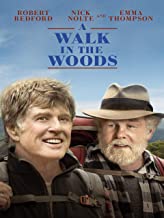 Bill Bryson didn’t hike much—until he decided to take on the Appalachian Trail! This true story follows Bill’s journey of 2200 miles through 14 states as he takes on one of the most beautiful mountain ranges in America.

Why Do We Love Travel Movies So Much?

We all love to watch movies and TV shows about different places and people. It’s a form of travel without ever leaving home. And unlike real-life travel, you don’t have to worry about the hassles of getting there or finding your way back. You can pause it whenever you need a break, rewind to see something again if you missed it, stop altogether when things get too stressful or boring, or just turn it off at any time for no reason at all. Plus, watching these types of films is usually more affordable than actually going on vacation because they can be enjoyed in the comfort of your own home with family and friends.

What Makes A Travel Movie Great?

There are a lot of things that make a travel movie great. It could be the scenery, or it could be how they capture the culture and food. Sometimes it’s all about the people you meet, or maybe even just one person who changes your life forever because of their kindness to you while you were traveling abroad. But what might be most important for a good travel movie is authenticity. You know that feeling when someone has shown an experience with true compassion? When they’ve come back from visiting another country not only bringing backstories but also giving us some insight into how other cultures live? That’s what makes great travel films! 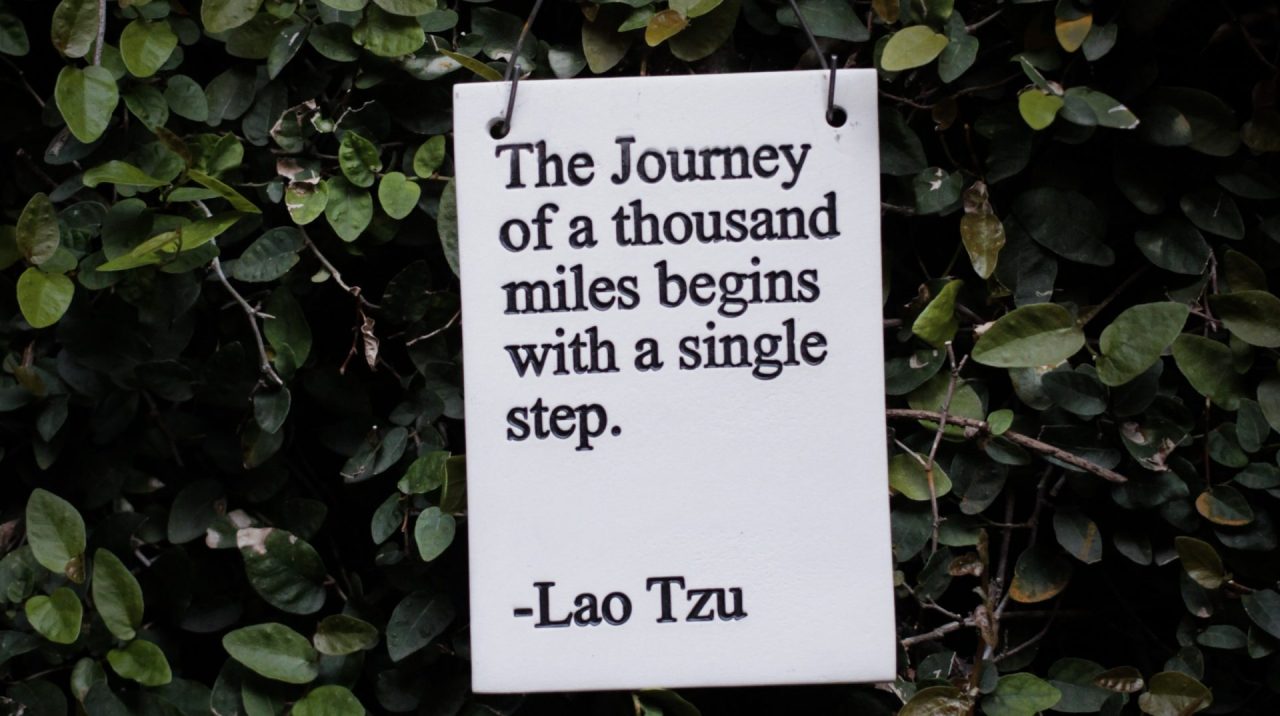 Solo travel quotes to inspire and motivate you on your next journey. These quotes will remind you that you’re not alone in your journey! 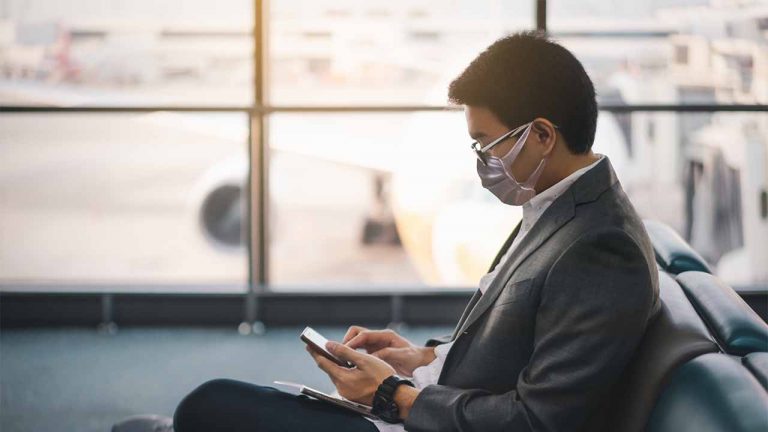 Traveling in 2021 now differs from how it used to be before the outbreak of the Covid-19 pandemic in 2020. This makes it essential for individuals to adapt to the requirements of the new normal. 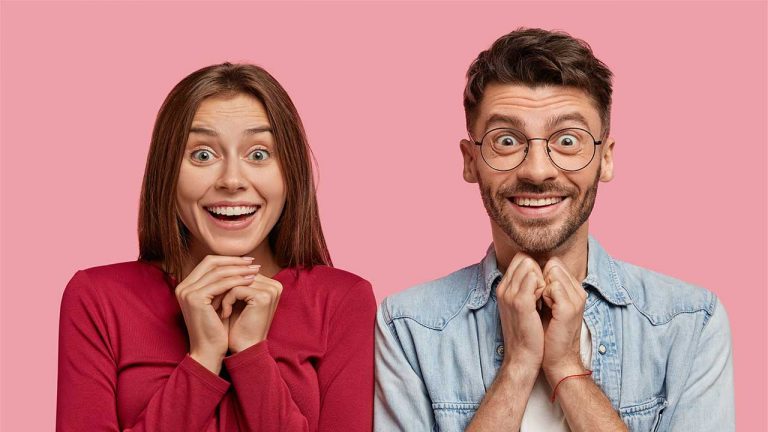 Is there an app to countdown days? YES! Start your countdown to anything with free countdown apps. Why we love counting down the days. 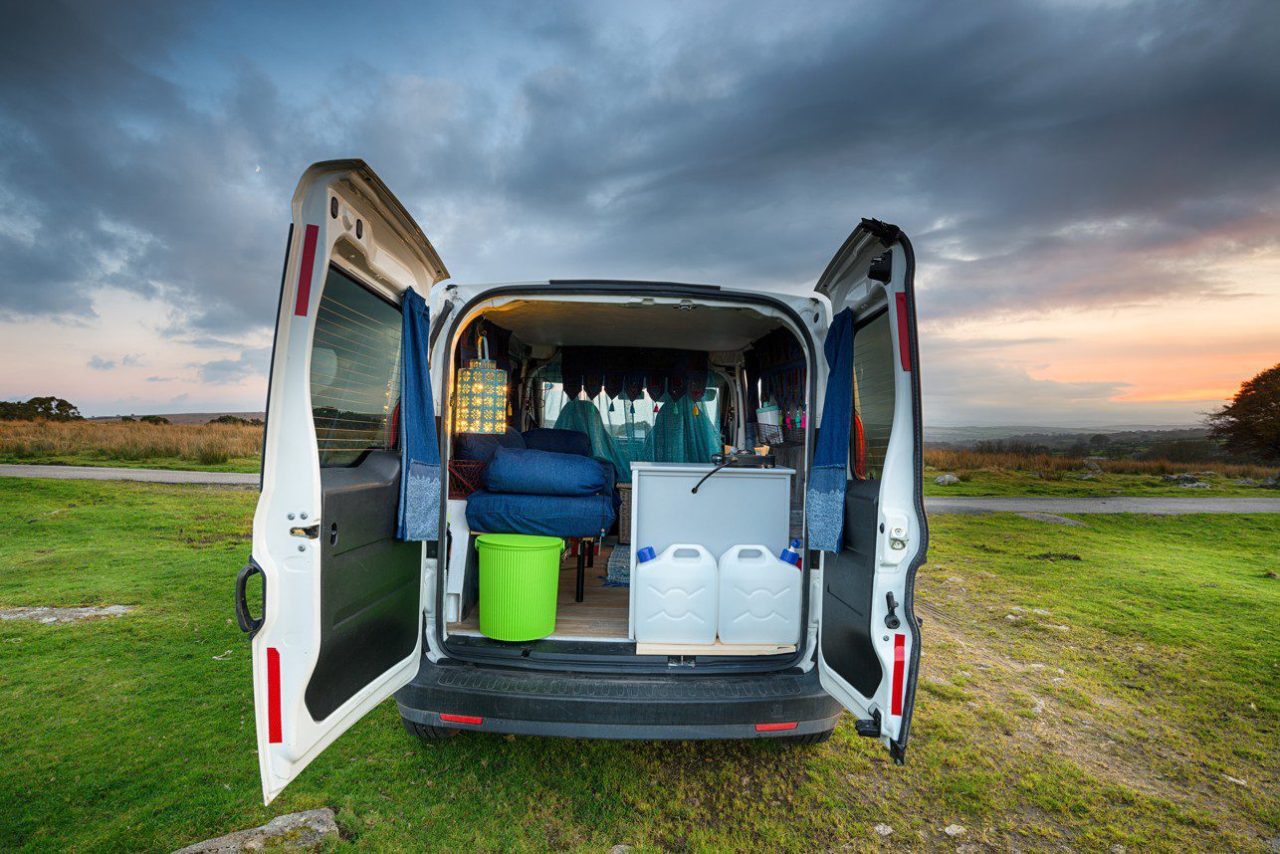 Boondocking is a fancy term referred to by RV’ers who love to be off the grid and dry camp. Read on for some expert tips for first-time boondockers. 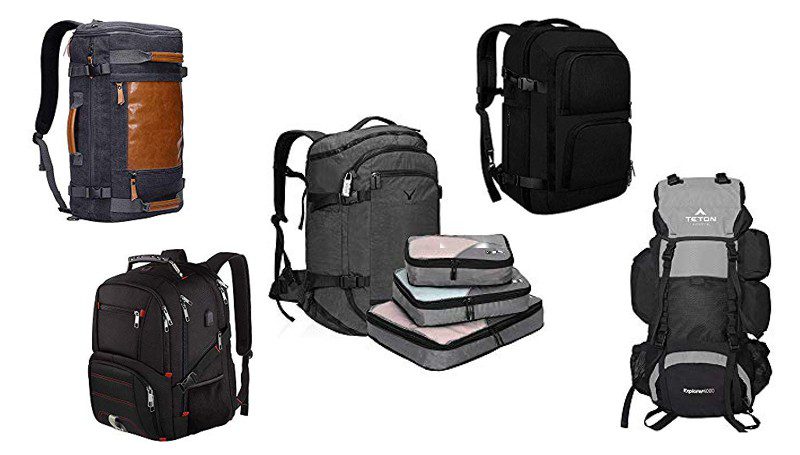 Are you looking for a backpack or travel bag? Our top 5 best travel backpacks will help you choose the perfect one. 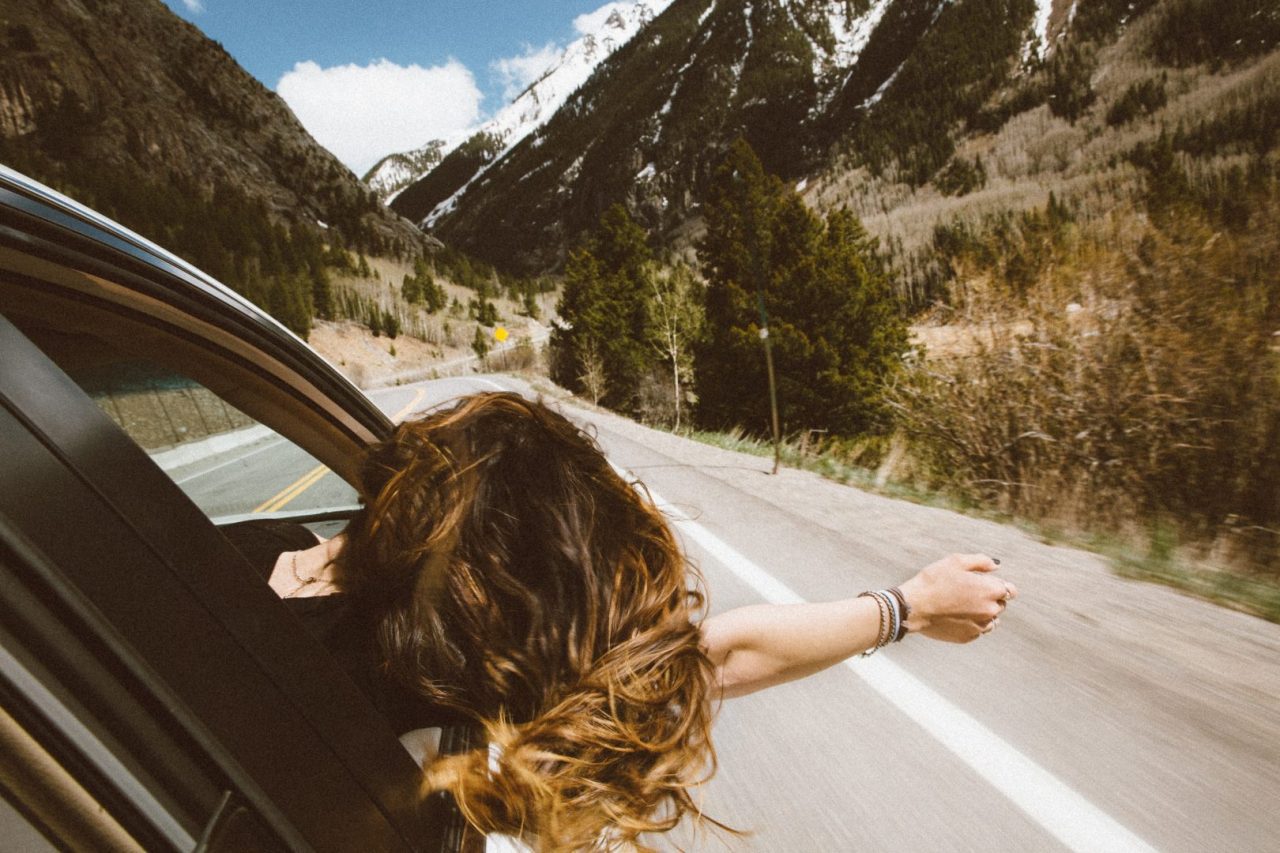 Looking for road trip gadgets that will make your journey more enjoyable? Check out these 33 items for safety, comfort, entertainment, and more.