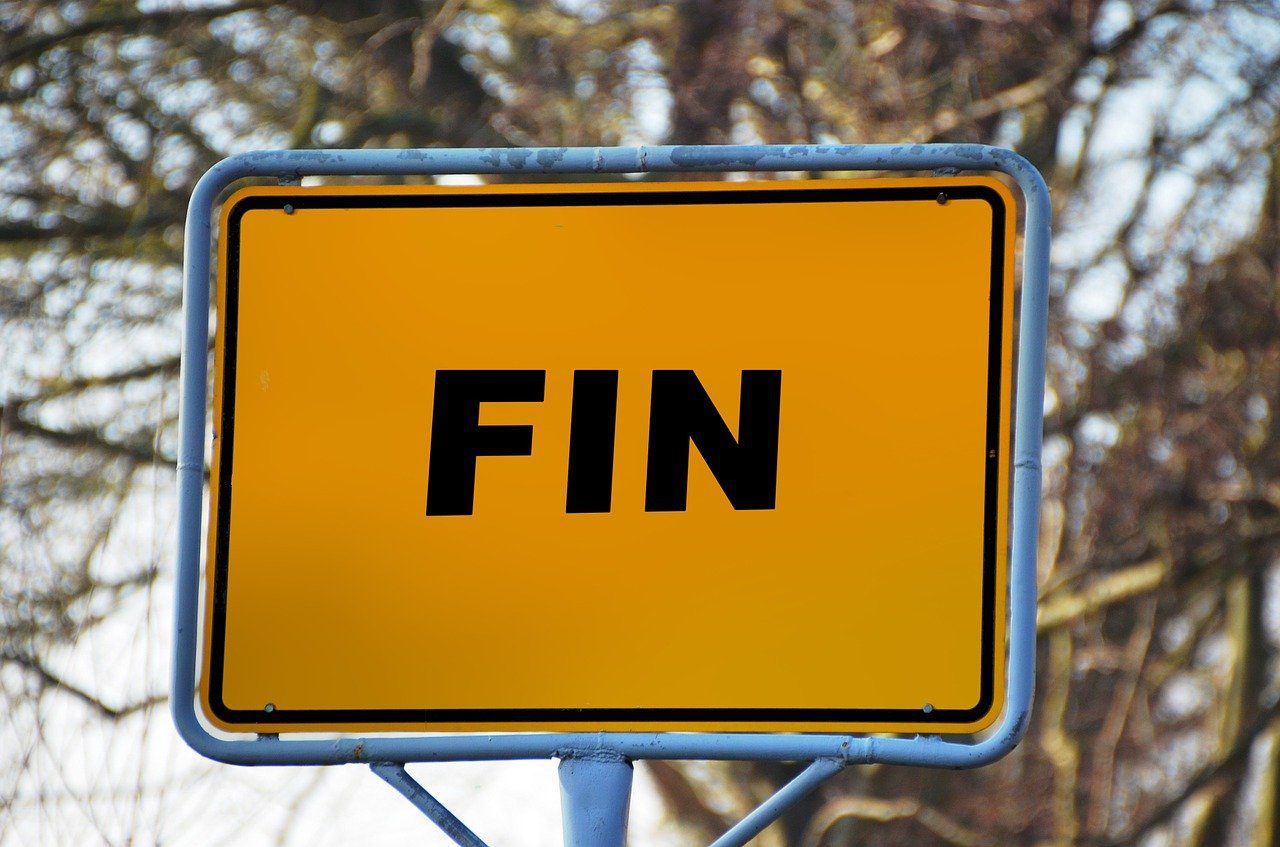 Cities and towns around the world get their moniker in many ways. While some get their fame as a result of their locations and landmarks, others usually have an interesting story behind their names, which helps paint a picture of what the townsfolk were thinking (or on) when naming their town. Batmania? Seriously!

Here is a list of the weirdest and funniest town names.

Don’t you just love a funny town name that has sinister undertones? Kinda like a clown that squats in the sewer and wants to kill you. If you have a general revulsion against murder, now’s the time to turn away (or skip to funny town name number 2).

Chugwater is a tiny town in Wyoming that the “Mandan,” a tribe of Native Americans called home (that is, until Columbus showed up!). The Mandan people seemed to really love a good bison meatloaf, which is why they hunted the local buffalo daily. According to legend (and the town’s official website), the word “Chug,” which is the first half of the town’s name, was used by the Native Americans to describe the sound of hundreds of buffalo falling to their deaths after being driven off the chalk cliffs while being hunted. Now, that’s what you call fast food!

The next time somebody tells you to go to hell, they might be referring to this place. Just a few miles from Ann Arbor in sleepy Michigan is a small town known as Hell. Unlike its Biblical inclinations, the town of Hell got its name from the German word “Hell,” which basically meant “Bright.”

However, we’re going to go out on a limb here and say that the town probably gets its name from the millions of mosquitoes that also call the town home.

The small town of Bigfoot is located in Frio County and was settled back in 1860. Texas is known for having its fair share of funny town names, but for a total population of just 451 people, this one is just plain inappropriate. But that’s not the worse part. The town was originally named “Connally’s Store,” which was later on renamed Bigfoot in honor of William A. A. “Bigfoot” Wallace, a famous Texas Ranger. Now that’s putting your foot in your mouth.

The folks living in this town deserve a reward just for sticking up with wise-cracking travelers who hear the town’s name for the first time, and like a bunch of 12-year-olds, just won’t shut up about it. We really couldn’t find just why somebody or even a group of people would give their town a name that has a hint of lewd undertones that’s hard to miss. Guess some folks just like being the butt of a joke!

This is one of the more unusual monikers that we’ve come across, mainly because the name isn’t derived from other languages. Rather, the name comes straight from the English dictionary. Just a few minutes up the road from the town of Blue Ball (which should have made this list) is the small podunk town of Intercourse. Now, before you jump to conclusions about the people of this town, you should know that the word “Intercourse” had a very different meaning back in 1754 when the town was founded. Back then, the word merely meant the exchange of feelings or thoughts. It was not until the 18th century that the language around intimacy shifted, and the word made the leap to coition.

In case you were wondering, rather than shy away or just change the name, the people of Intercourse, according to the town’s website, seem to be fine with it and have even slapped (or should we say spanked!) a banner across the website that reads, “We’re Happy with Our Name.” Good for you, good people of Intercourse.

The United States isn’t the only place where you will find cities or towns with weird names. Few people know this, but “The Land Down Under” is known for more than just its koalas or that giant hopping rabbit. Australia (or Melbourne, more specifically) is also the home of Batman. This is going to need some explaining.

It’s 1833, and an Australian explorer and grazier was given a mission by the British government to set up a new city. That man was John Batman (what a name, right?). So, after laying his eyes on a comfy spot in Southern Australia (the land around Port Phillip), he decided to call it his new home. However, the natives called the Wurundjeri were not too impressed with a batman without his cape, so he struck a deal. John would pay the Wurundjeri elders for the land and call it Batmania (aka, present-day Melbourne).

The treaty was known as Batman’s Deed, which has got to be the coolest name for a government document ever. Sadly, Batmania was short-lived (in Australia at least), and in 1837, the Australian government changed the name in honor of the then sitting prime minister – who wants to have a guess – the Second Viscount of Melbourne, who also coincidentally also liked to wear full Joker face paint. Just kidding!

Established in 1899, the city of Emo was not named after the music genre. Rather, the name comes from the Gaelic word “ioma” or “resting place”. Interestingly, emo music sprang in the early 80s from Washington, and one group, “Rites of Spring,” is given credit for the genre, which mashed the vitriol that is hardcore music with emotional lyrics, aptly named “emotional hardcore” or Emo.

So, if that’s what you’re into, the little town of Emo that’s located in Ontario, Canada (of all places) will definitely stir your emotions with its peaceful country vibe, flanked by dark snow-capped mountains, clear water rivers, and tall trees. Now, that’s something to cry about!

Ah, yes. This quaint little town (well, technically unincorporated community) in the state of Oregon is so named because it is, well, boring. Just kidding. It was actually named after one of its first residents, W.H Boring.

The irony is that the town’s slogan is “The most exciting place to live”. Well, it must be exciting to live there, because it’s really boring to drive through.

If you happen to be in the area, you can check out Liepold Farms, a family-owned farm hosting family-friendly events.

Well, there is nothing un-Alaska about this little town which is located about 900 miles southwest of Anchorage and 45 nautical miles from Akutan, making it the gateway to the Aleutian Islands.

It is undoubtfully the best place to be for all fishing enthusiasts. The coastal town has a population of about 4,700 people who enjoy the great outdoors and are surrounded by some of the most striking views on Earth. Unalaska is home to Dutch Harbor where you can find boat companies that will take you out for an amazing day of fishing.

This small town in Dorset, UK got its quirky name from the stream that ran through it and was used as an open sewer. That was 1,000 years ago. These days, the sewage works are up to 21st century standards, but the name has lived on through the years.

The town has an annual Shitterton Festival that includes a raffle for anyone who wants to guess the weight of the enormous pile of manure. The winner gets their money back and a certificate proclaiming them “lord of shit.”

Ok, we just made that up. But wouldn’t that be funny?

Nobody really knows where the name of this little town named Humpty Doo in the Northern Territory of Australia came from. We like the theory that it derives from a colloquialism to describe “everything done wrong or upside-down”. They say Australia is ‘upside down’ compared to anywhere in the northern hemisphere, so this makes perfect sense. In any case, it’s definitely a unique and memorable name that made our list of funny town names.

The main sight in Humpty Doo is the Big Boxing Crocodile, a 26 feet statue of a crocodile with boxing gloves. Yep, you read that right!

The Humpty Doo Boxing Croc was funded by Ray Whear as a tourist attraction and to commemorate Australia’s triumph in the 1983 America’s Cup.

Apparently, this unincorporated community in Randolph County, North Carolina, got its name from residents’ discussions regarding a name for their town. A guy eventually said, “Why not call the community Why Not and return home?”

Why not try something fun and unique while you are in Whynot? Shop for some handmade pottery pieces at Whynot Pottery and Acacia Art Tile or visit the Spooky Bottom Haunted Trail.

What could be more American than a town named Pie Town? This small community in New Mexico is the perfect place to indulge in your sweet tooth. The Annual Pie Festival in September is the only event that draws people to this otherwise sleepy town.

People come to this weird town for all sorts of reasons. Some come for the natural beauty and quiet, while others come for the great hunting opportunities. It’s a popular spot for hikers, bikers, and climbers, and some people even come to experiment with living in a completely independent way. Hey, it’s a pretty cool place, even when you don’t come for hot coffee and pie!

So there you have it, some of the weirdest town names in the world. If you’re ever driving through one of these places, be sure to stop and check it out. You never know what you might find! And if you’re looking for a fun place to visit, any of these towns would be a great choice. Get weird and head to Hell, Shitterton, or Humpty Doo. You’ll definitely find something to do in any of these weird towns because weird is what they’re all about!

Do you know other towns that have an unusual name? Share them on our Facebook Group Vacation Countdown – The Travel Community. 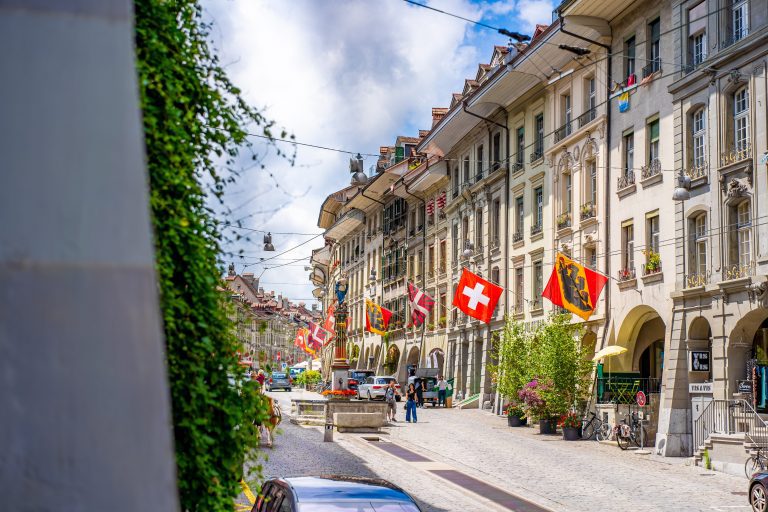 Here are 11 Top Things To Do in Bern, Switzerland that are perfect for every type of traveler! 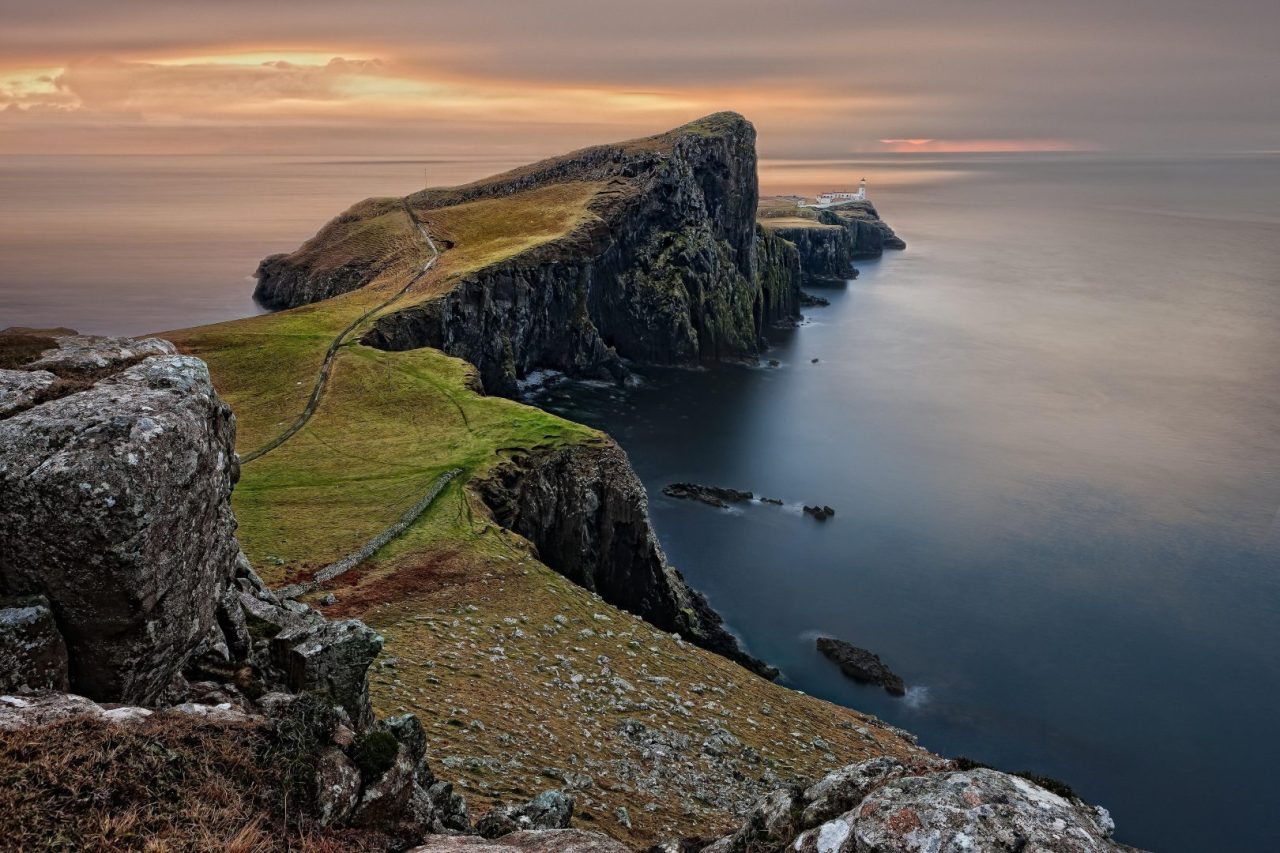 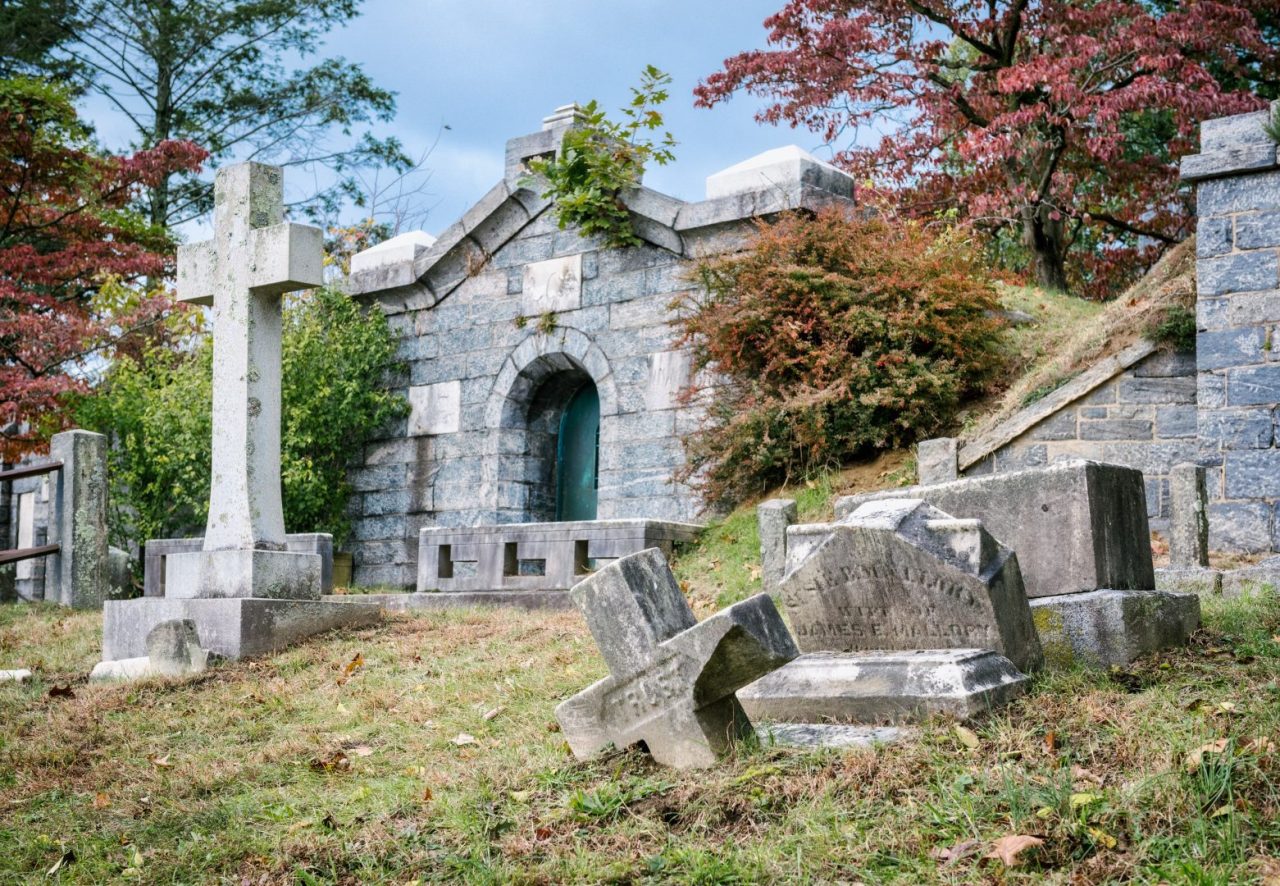 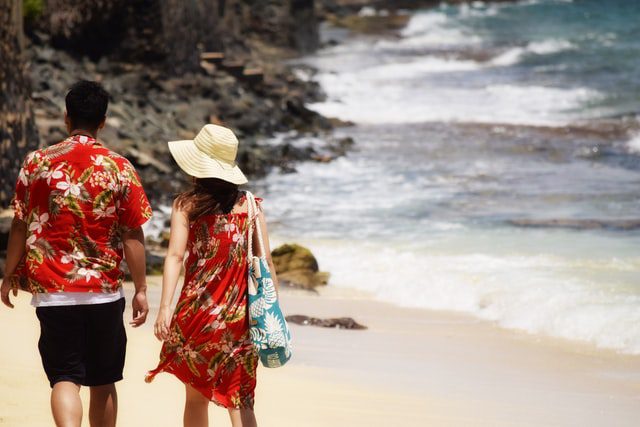 Hawaii is open to Americans and vaccinated travelers just in time for winter getaways! Find out all about the newest travel restrictions in this post. 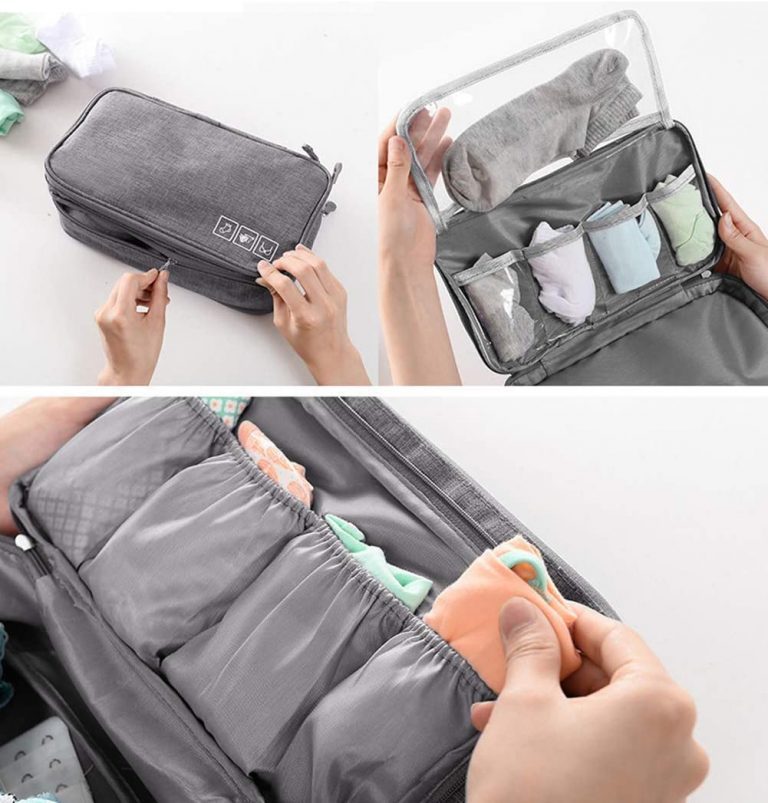 Looking for the best way to pack travel underwear? Read our step-by-step guide on how to choose the right type, as well as how to store them in your suitcase. 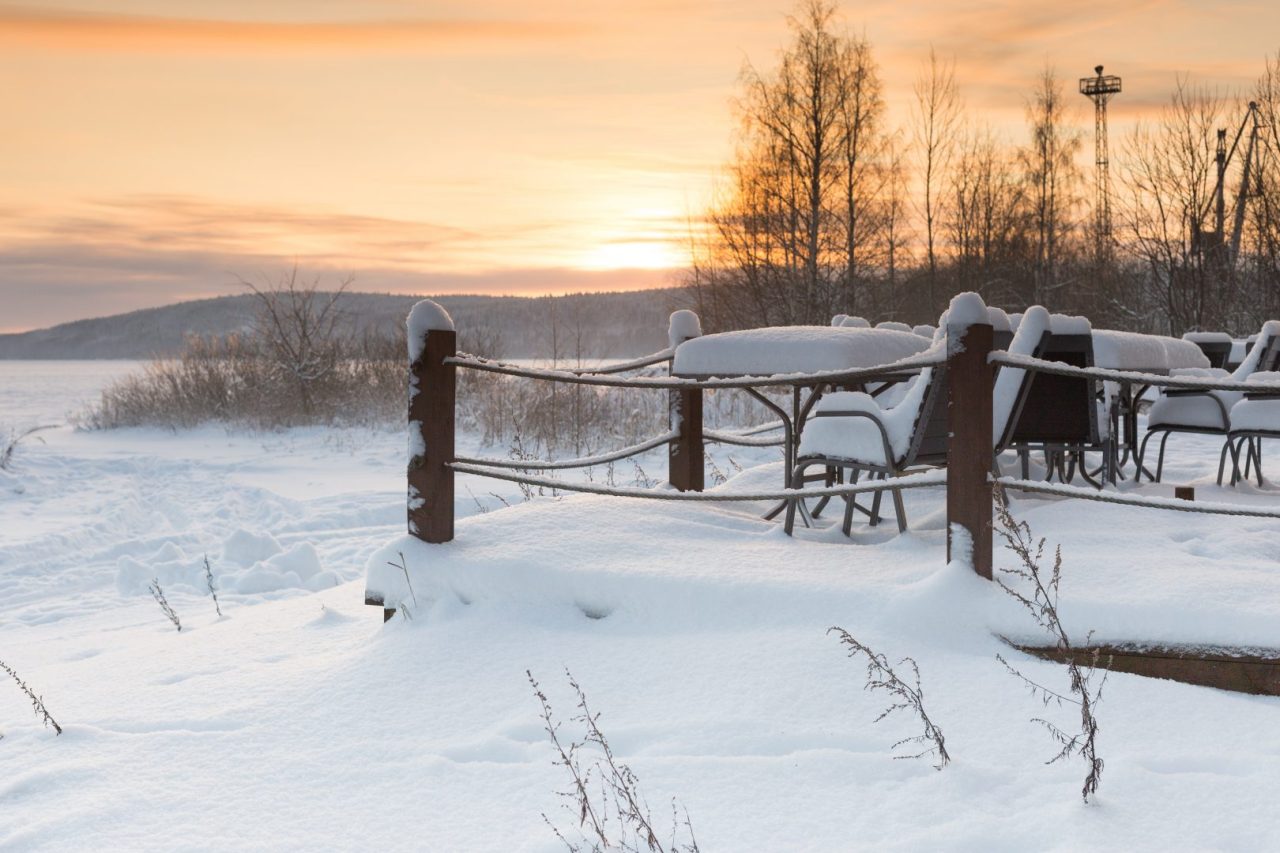 Not sure how to plan your perfect winter vacation? Our 10 tips for traveling during the cold season take all the hassle out of planning!