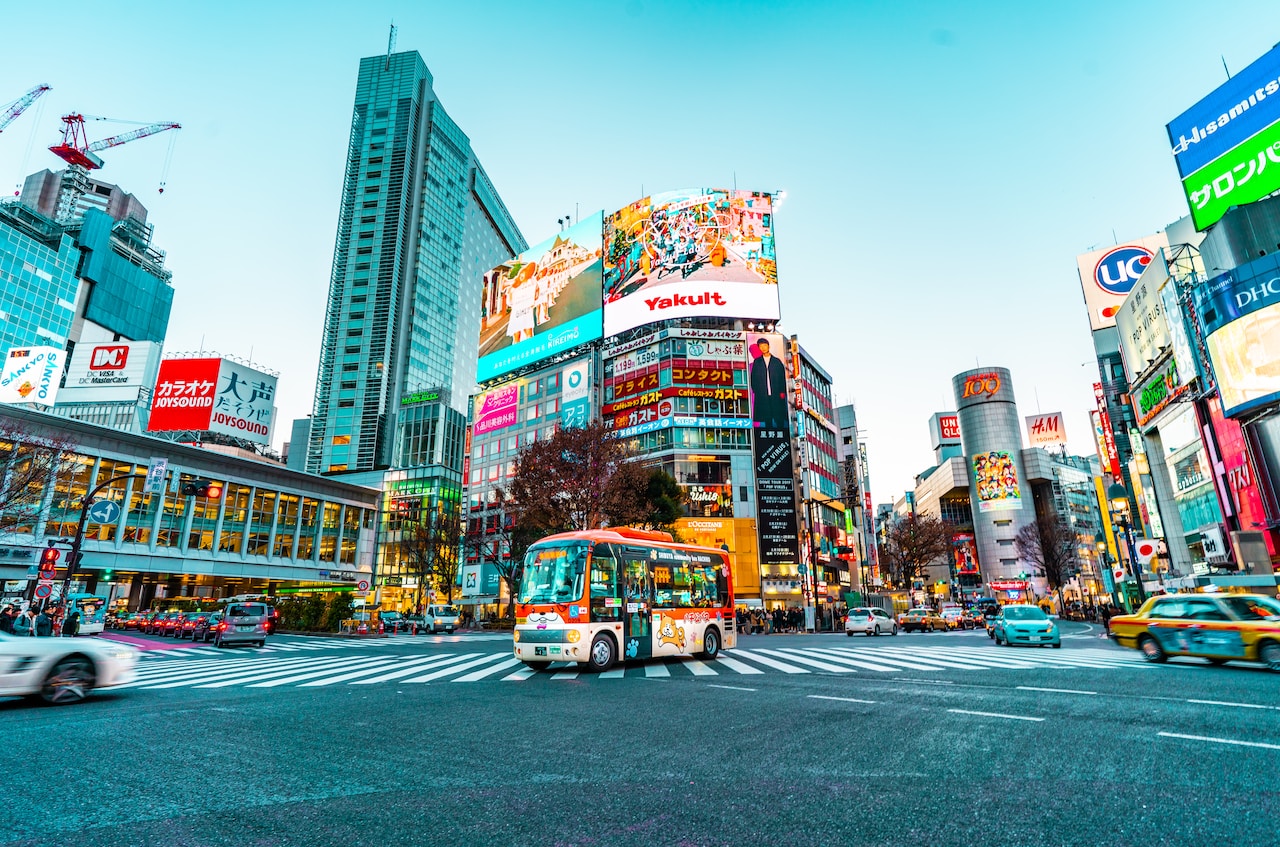 If you’re a solo globetrotter, chances are that Japan is near the top of your bucket list. And so it should be. The Japanese nation is so reverently traditional and yet futuristic, carefully cultured yet so full of wild natural phenomena, that it seems to exist in an alternate universe.

As you plan your first solo trip to the Land of the Rising Sun, check out these Japan travel tips we’ve collected from experienced tourists. They will help you plunge confidently into Japanese culture as soon as you set foot in Tokyo.

It’s time to get your adventure of a lifetime off the ground.

How to Plan a Solo Trip to Japan

You cannot overplan a trip to Japan. It’s not a country you should just show up in without a well-researched itinerary. In Japan, relying on Google maps and the local residents to guide you would be inefficient if not disastrous. This is especially true if you’re traveling by yourself.

The flow of life in Tokyo is very different from Western cities, and the language barrier is real. A 2020 estimate suggests that only 30% of Japanese speak English at all, and less than 10% speak it confidently.

You will see less English on signs in Japan than you see in other Asian countries.  When you do see Roman script, you may discover it’s just there to look trendy, not to be helpful to foreigners.

So before a Boeing 777 drops you, alone, into the most populous city in the world, you should have a clear plan for where to go once you get there.

Which Airport in Japan Should You Fly Into?

At least, that’s the way it used to be, but now several major US airports – including JFK (New York), ORD (Chicago), and LAX (Los Angeles) – offer direct flights to Haneda.

Narita is the larger airport of the two. It’s worth going through Narita just to see how efficiently it runs and how much culture can be packed into an airport terminal. But Narita is also busier than Haneda, has longer lines, and is a heck of a long bus ride away from the center of Tokyo.

If you’re looking to get the first part of your trip over as quickly as possible, look for flights to Haneda Airport.

Which Airline is the Best to Fly to Japan?

Flying on Japan Airlines (JAL) usually costs more than other companies — but it’s often worth it. If you fly JAL, their unparalleled customer service will make it feel like you’re teleported to Japan as soon as you board the plane.

Japan probably has the world’s most efficient public transportation system. There’s no reason to rent a car if you’re traveling Japan by yourself – you can get anywhere you’d like by train or bus. But the myriad of public transportation routes are tough to navigate if you can’t read kanji.

Thank goodness there’s Hyperdia.com. On this website run by Hitachi Systems, you can plan your entire itinerary down to the street address. You can map out complete bus, train, subway, and Shinkansen (bullet train) connections before you leave home. This will also help you estimate how much money you’ll spend on transportation.

You Need to Order a Rail Pass Before You Leave Home

Don’t miss the train! If you want to use a Japan Railways Pass card that you can swipe as you ride, you’ll have to order a voucher at least two weeks before your departure. The JR Line will ship the voucher to your home, then you must bring it to Tokyo and exchange it for a pass.

If you don’t order your voucher in time, you can always buy tickets at the counter or kiosk in the station. But it’s not as convenient, and may add up to spending more on travel fare.

In the US, there’s not much difference between one hotel and the next beyond the texture of their scrambled eggs. But Japan offers tourists wildly different kinds of places to stay, at wide ranging prices. The main types of accommodations in Japan include:

What Should you Pack for a Solo Trip to Japan?

The Japanese have unparalleled fashion sense. Women typically wear high necklines, long pants, and modest hems. You’ll see exceptions to this, of course, especially in the younger generations. But whether they’re wearing kimonos or miniskirts, every detail of a typical Japanese woman’s outfit will be painstakingly styled.

If you’re a tourist, it’s up to you whether you want to dress like the crowd or stand out as an obvious westerner with your t-shirt and shorts. If you’re going to Japan on business, however, you’ll want to stick to a dress code.

Either way, use packing cubes and pack layers, since the weather can change quickly. Invest in a top-notch pair of comfortable shoes. You’ll not only be racking up your step count while in Japan, but you’ll be expected to take your shoes off when you enter a home, restaurant, or some museums.

Japanese electric sockets have 2 flat-prong plugs, usually without a grounding prong. So you may or may not need an adapter, depending on what style of plug the electronics you bring have.

The Japanese grid runs on 100V instead of 120V like the US, but most US appliances will work in Japan and vice versa.

You’ll have to buy a SIM card or a pocket wifi router if you want cellphone data on the go.

Bring a camera on your trip, and whatever lenses you can carry. Japan has no shortage of showstopping photo ops. But since you’ll be taking public transportation, you should travel as light as you can!

If you find yourself bringing more luggage than you have arms to carry, you can use a Takuhaibin service to mail your bag to the next hotel.

Do you need a Visa to Go to Japan?

Japan offers visa-free travel for US citizens. If you’re a US tourist visiting Japan for less than 3 months, you don’t need to apply for a visa before you go.

You will, however, need a US passport. You’ll also need to fill out a “disembarkation card” with a  “temporary address” local to Japan where they can contact you during your stay. This can be a friend’s house or a hotel address. Make sure to have this prepared before you travel, since they’ll ask you for it on the plane.

Japan is traditionally a cash-based society. More and and more retailers are accepting foreign credit cards now, but you should bring plenty of cash, just in case. There’s no need to exchange your USD or CAN for Japanese yen before you leave home. Banks, business hotels, and post offices in Japan can handle the exchange for you.

When you’re vacationing alone, travel insurance can be a literal lifesaver. Hopefully you won’t lose your wallet or have a medical need, but travel insurance will give you peace of mind should an issue arise.

You could fill a book with the “best places to visit in Japan.” But if you’re exploring Nippon by yourself, here’s a handful of destinations that you won’t want to miss:

Best Places to Shop in Japan

Japan is filled with incredible places to shop. There’s much less generic commercialism in Japan than in the US. The Japanese people put pride into producing each item for sale.

These two sites in Tokyo are the world’s busiest train station and world’s busiest pedestrian crossing, respectively. If your purpose in traveling solo is to find your place in the world, you may find something strangely intriguing about losing yourself in a throng of 3,000 people crossing the street at once.

The “other side” of Japan, Osaka has a culture of anime, vibrant nights, and street food that’s very different from the businesslike atmosphere of Tokyo.

The ancient capital city of Japan, Kyoto –especially the historic Higashiyama-ku– is the perfect place to experience a traditional tea ceremony, rooftop onsen, or geisha show.

Everything kawaii comes to life at Nara Park, where tiny wild deer bow and greet strangers with quintessential Japanese politeness.

Is it Safe to Travel Alone in Japan?

Yes, Japan is one of the safest nations on earth for a solo traveler. The Japanese people are so polite and accepting and take such good care of their property that you may feel safer walking through Tokyo at night than you feel at home.

There are a few neighborhoods in Tokyo or Osaka to avoid, but as long as you follow the crowds, approach nightclubs with caution, and use common sense, you should be perfectly safe.

Tip: For women traveling alone, some trains on commuter routes have designated “women only” cars.

Quick Tips for Enjoying Your Visit to Japan

We hope these tips helped you set a course towards the incredible nation known as Japan. You might experience a literal earthquake while you’re there – or you might not. But one way or the other, a trip to Japan is sure to rock your world. You’ll never see your home country – or travel in general– the same way again. 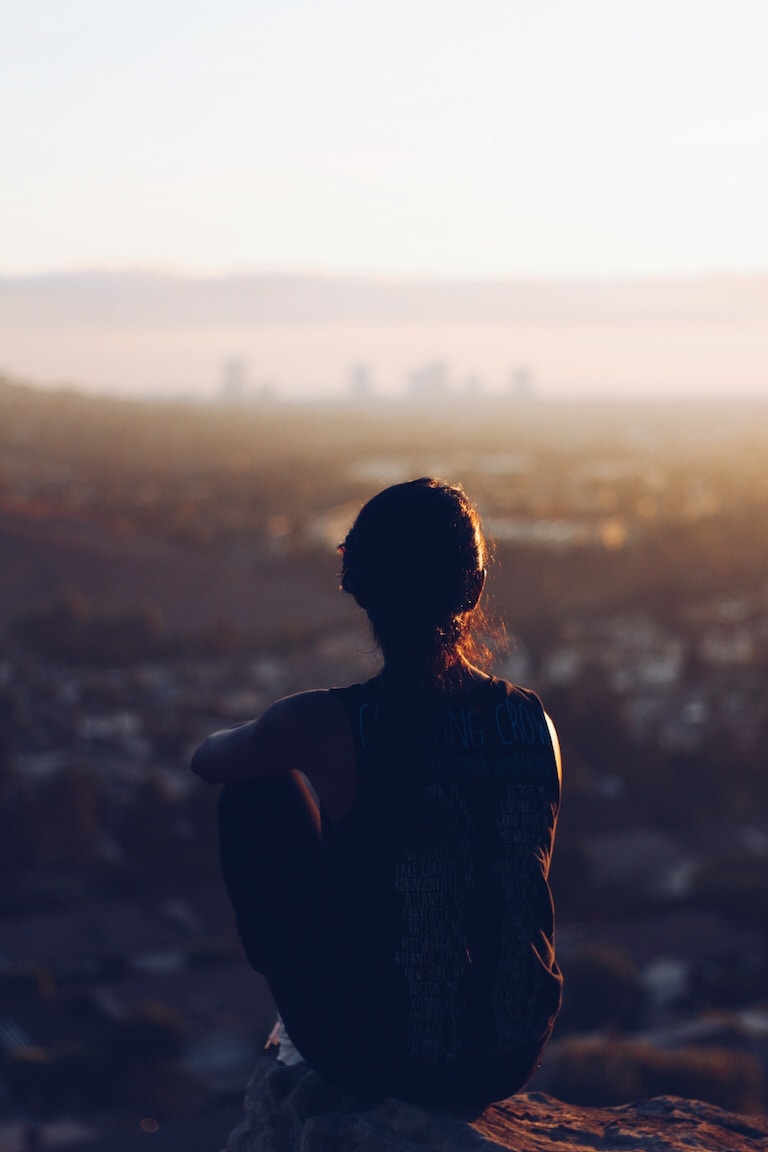 Discover the top 2023 travel trends for your next adventure! From personalized experiences at boutique hotels to responsible tourism practices. 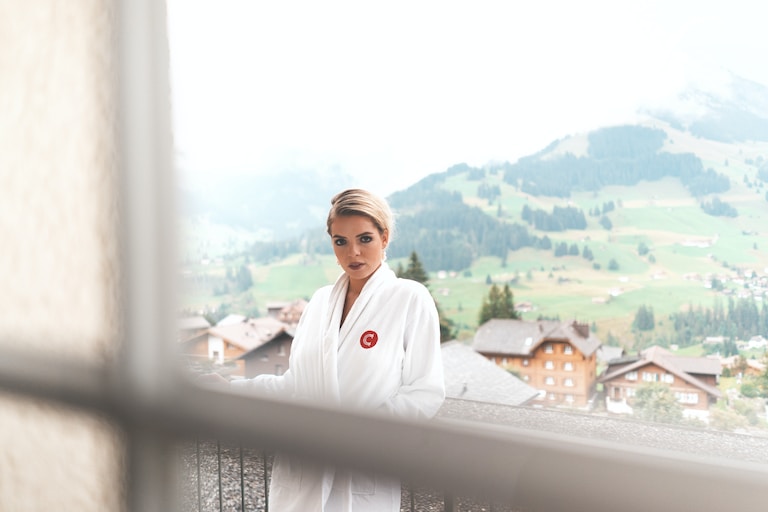 As the Swiss capital, Bern is a beautiful hub for the country’s culture and cuisine. The views in Bern are endless, from the medieval old town architecture to the Aare… 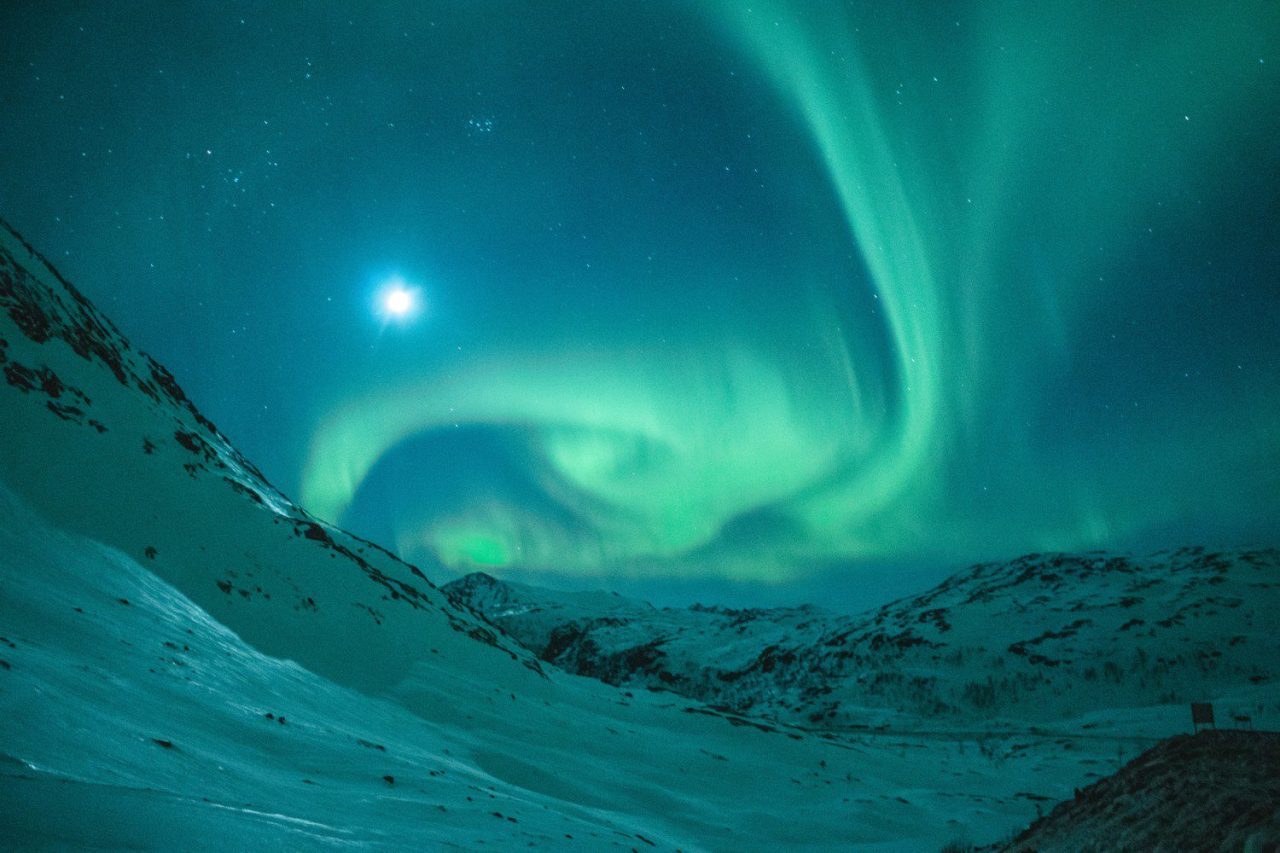 Whether you love to drive, ride or fly, there is no substitute for breathtaking views. Planet Earth offers you many surprises. Read on to find out. 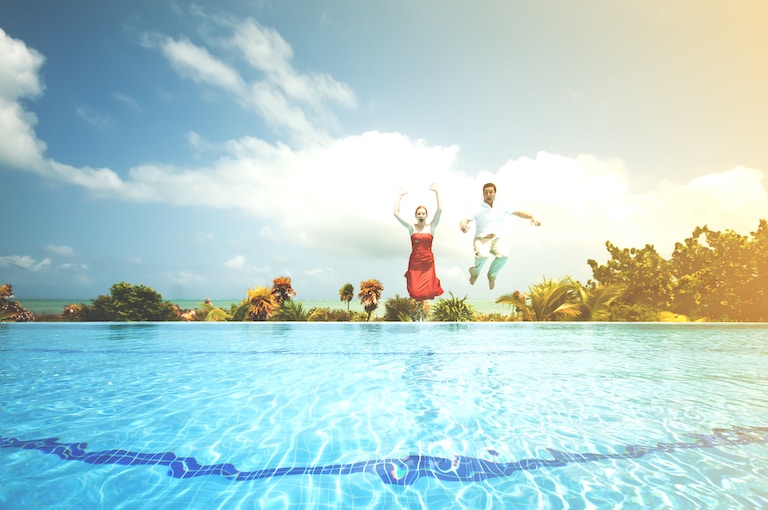 Wondering how to plan a perfect all-inclusive vacation? Read our expert tips to get your started – no matter where you are going.

If you’re traveling to a cold destination, make sure you pack the right winter travel clothes to keep you warm. Read on to find out what to pack. 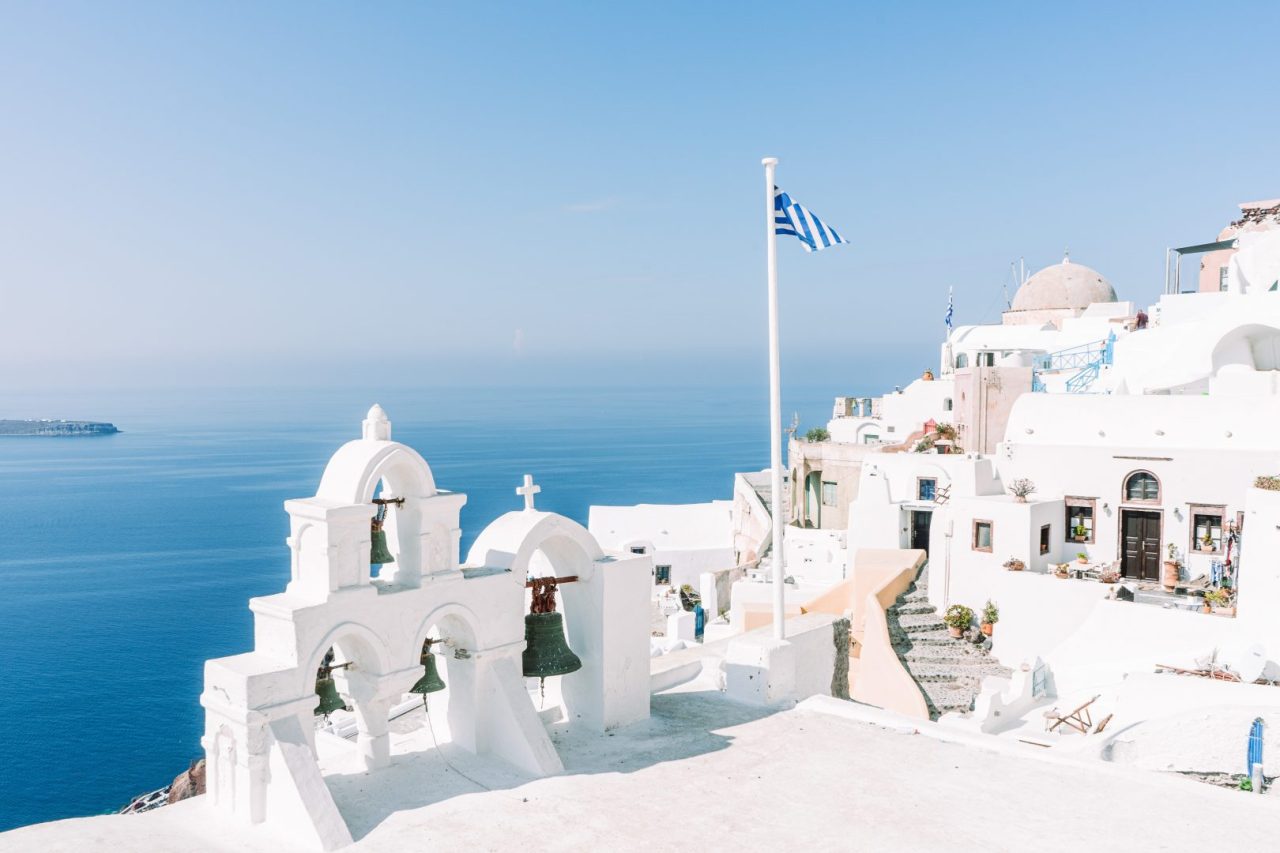 The ultimate compilation of some of the best destinations in Greece in 2022 that are a must-visit – from ancient sites to beautiful islands.