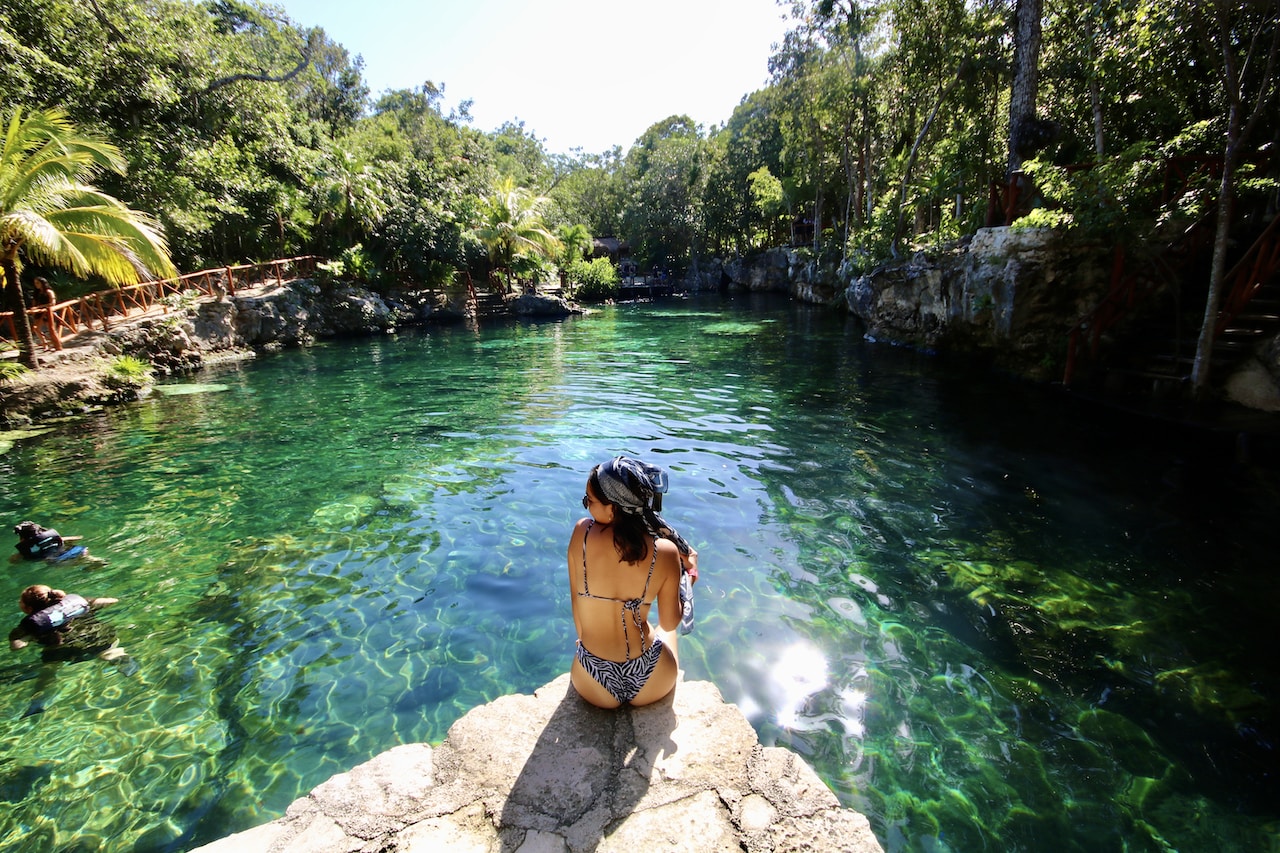 First-time solo traveling can be a scary thought for many people. And yet everybody who has tried it says that it was one of the best decisions they’ve made in their lives.

For someone like Lisa, who’s never traveled by herself to an adventure place like Tulum, it seemed almost impossible. However, she was determined enough to convince herself that she could do this. She had heard so many good stories about people who went on their own adventures and met new friends along the way.

All of them came back with positive experiences. So she started to think the same would happen to her, too.

Lisa’s first solo travel adventure was long overdue. She was thirty-two years old but had never left her home state Kansas. The only time she ever did so was when she went to college in a nearby town three hours away. And even then, she never left the state of Kansas itself.

Now it was time for her to change that and do something great with her life. She had been thinking about going on an adventure like this for a long time, but she never felt ready enough. Until one day, when she finally decided: if not now, then when?

When we asked Lisa, why she decided to go on a solo trip versus traveling with friends, she said: “I wanted to go on this trip because I wanted to travel by myself for the first time. I figured it could be really empowering.”

The idea of going alone seemed almost scary at first. But Lisa quickly changed her mind about it. She said: “It didn’t take me long to convince myself that I could do this. Plus, I had already heard so many great stories from other people who went on solo journeys and made new friends.”

There were many places she could have chosen for her first solo travel adventure. She would happily go to many different popular places by herself, but after some thinking, she settled with Tulum in Mexico because she got a good deal and was craving some sunshine.

After six weeks of preparation; making sure her passport is up-to-date, setting up her Airbnb, Googling for activities to do in Tulum, and packing the right clothes, Lisa got on a plane headed to Mexico.

Upon arrival in Tulum, she was a bit overwhelmed by the humidity, but quickly got over it when she saw the beach. She dropped her luggage off at her Airbnb and then headed straight to the shore.

The sea was just as beautiful as she imagined it would be, the water warm enough for swimming, and even though it didn’t look the on the postcards and she had to share the beach with a lot of other people, she didn’t care because she was there.

The first few days, Lisa spent mainly on the beach or exploring stores and restaurants in Tulum. But as soon as her feet got tired, she decided it would be nice to try something new; like scuba diving classes. She found a nearby company offering Scuba Diving lessons for beginners and signed up for one of their courses.

Even though she was a little nervous at first, Lisa quickly learned the basics of diving and had so much fun exploring the sea life together with other students in her class. The instructor was surprised by how fast she took to it and encouraged her to enroll in the next-level course.

However, since the region has too much to offer, Lisa decided to visit some other sights in Tulum. Since Tulum has a lot of culture and art, she fell in love with the place almost instantly. It also happens to be the perfect place if you’re looking for raw vegan food and handmade jewelry. The combination of these things made it a popular spot, especially for people like Lisa who love to explore the city while making sure they take care of their bodies and minds at the same time; something she learned was very important on her first solo trip.

Since Lisa wasn’t used to traveling alone, she felt a little bit uneasy about taking care of herself. After all, she’s always had her family and friends around to help her when needed.

And that was one of the first things she had to come to terms with on her solo trip.

Another challenge, which there were many people who experienced, is that you find yourself having to explain your solo traveling situation time and time again. This can be challenging especially when the person asking seems confused about how you’re actually able to travel by yourself. Luckily there are many solo travelers in Tulum, so it was a great destination for a first-time solo traveler.

The Benefits Of Solo Traveling For Women

Lisa says that the benefits of solo traveling for women are endless. Not only does it improve their confidence; it also teaches them to take care of themselves and how to be alone, without feeling lonely. And even though she found herself explaining her situation over and over again, whenever someone asked her how it felt like traveling alone, she would tell them that it was the best thing she could’ve done.

She said that the more time she spent away from her comfort zone, the more exciting things started to happen. She became braver and had more courage to try new things. And not only did it give her a boost of self-esteem but also improved her social skills.

And while it’s true that traveling alone for the first time can be daunting, she said that it’s the best thing she could’ve done to improve her mood and become more independent.

What To Know Before You Go To Tulum

Lisa recommends that before you go to Tulum, there are a few things you should keep in mind.

For her, the best thing she could have done before visiting Tulum was to do some research on where to stay. After all, when you’re in a completely new location, it’s easy to get lost among the unfamiliar surroundings. You don’t want that to happen since there are so many cool things to explore around Tulum.

Knowing this, Lisa said she made sure to book her place ahead of time. This way, she was able to enjoy her trip without having too many worries.

Tulum is the perfect place for solo female travelers since there are so many interesting things you can do in Tulum that will not only give you a sense of adventure but also care for your body and mind at the same time.

There are also many interesting people you can meet in Tulum, something both Lisa and many other solo travelers found out when they were there. Not only did she enjoy the vegan food at one of her favorite restaurants but she also met some other solo travelers just like her which made it easier for her to travel through parts of Mexico without any issues.

Lisa loved visiting the cenotes because she said that they were absolutely stunning to look at. Not only was the sight breathtaking but you can also do some snorkeling and other water activities. What’s even better is that there are so many cenotes around Tulum for you to explore, so it’ll be like finding a new treasure each time.

She also loved visiting the Tulum ruins, which was one of Mexico’s most popular things to do when visiting this part of the country. The great thing about Tulum is that it has so many different ancient structures and buildings for you to explore while on your trip since it used to be a very important city hundreds of years ago.

Lisa says that she didn’t feel unsafe in Tulum, but it’s important to keep in mind that you always want to be safe when traveling alone. And since Mexico has its share of negative stereotypes, it can be overwhelming for some people who are visiting the country for the first time.

But luckily Tulum is one of those places where solo female travelers can go and feel comfortable exploring the area at night. Just use the same caution you would in any other place and you should be good to go.

She added that when you travel by yourself, it’s important to keep in mind that you’re the one who is responsible for your safety.

Lisa said that there are many different things she would love to do when she visits Tulum again, but the main reason why she will go back as soon as possible is because of how relaxing and rejuvenating it felt to be surrounded by everything Tulum has to offer.

Traveling To Tulum Alone – Is It Worth It?

According to Lisa, traveling to Tulum alone was one of the best decisions she has ever made.

She said that not only did it give her a boost of self-confidence and improved her social skills, but it also gave her the chance to learn about herself and how fearless she truly is. She also loved getting to meet new people from all over the world who were just as curious about Tulum as she was.

Lisa said that if you’re thinking of traveling to Tulum by yourself, then do it! We’ve handpicked our favorite spots that will take you off the beaten track to some of the treasures hidden along Australia’s popular East Coastline. The crisp air of fall brings out a particular sort of wanderlust. It drives thousands of travelers to the mountains for leaf-peeping. Guyana is a great destination for eco-tourism and highlights some of the best spots to explore in this unique country. 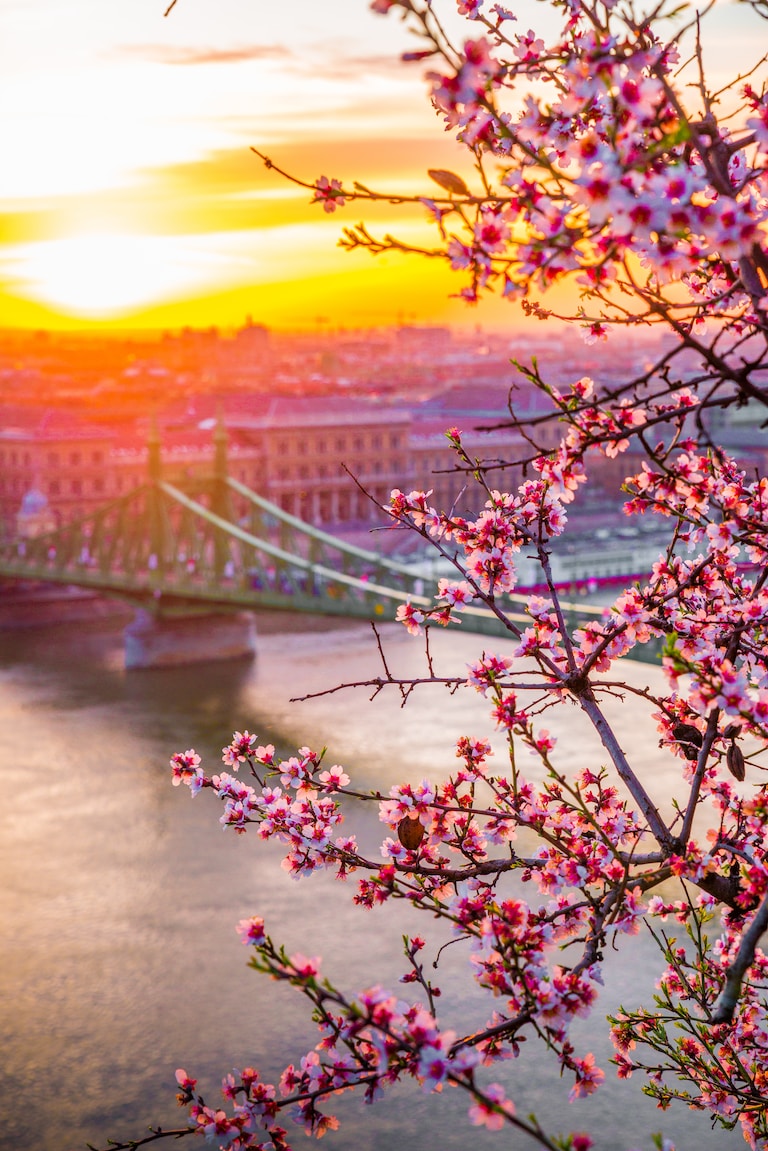 If you’re looking for an epic yet budget-friendly vacation in 2022, these affordable European destinations are exactly what you’re searching for!